Urban Wildlife - My Point of View

Aniruddha Dhamorikar July 26, 2008
I’ve known the exact meaning of the word ‘wildlife’ since childhood. I’m not boasting myself. Who doesn’t know what wildlife stands for? But lately, I’ve been hearing a recent entry into the world of nature, the ‘urban wildlife’.
This is a vast topic – as vast as the wildlife, and it is ever expanding as we encroach; and with its expansion, the real wildlife contracts. Think about it, and look into the backyard of your house – where ever you live and you will see for yourself, even when you’re inside your house, you’re not alone. But there’s a difference. You will see dogs and cats, sparrows and crows, spiders and bugs, lizards and worms – all around the place. Are they categorized as the ‘urban wildlife’? Perhaps not; but wild – they are and ever will be.
Now move your house some where, where there is just you. What do you see? No sparrows or crows, no cats and dogs. You will see different birds, different mammals and different bugs. Slowly, the area is populated, many more like you move in and the wildlife dwindles. With more of you and me in such an area, they leave the place or just die. However some adapt. This is, my friends, ‘urban wildlife’.
The process of introducing ‘urban wildlife’ is really a thing of past. After urbanization, it has been happening and will keep on happening. But why is it given so much importance today? – is because we are seeing it more and more. However there are yet confusions with the ‘urban wildlife’ occurrence – and I want to make it clear on my behalf. Take dogs and cats first – we domesticated them at the very beginning of civilization and they’ve been with us always since then. These domesticated creatures, if given a chance, can be introduced into the wild but that will take a lot of time. As we became dependent on them, so did they and that’s one reason why I would not call them the ‘urban wildlife’ how-much-ever wild they are. Now is the turn of sparrows and crows – we did not domesticate them. They adapted to us, much like the cats and dogs, but with no direct involvement from us. Their basic needs – food and shelter – are provided by us, indirectly so – but that’s enough for them to survive independently. So are they the ‘urban wildlife’? Again, I don’t think so. However there’s much to debate on this. I feel they are very, very common and amongst us to be considered wild, for they’re rarely seen in the wild!
The unusual sightings in an urban place are aptly considered wild – and that’s ‘urban wildlife’. Sunbirds and various other typical forest birds, snakes, lesser mammals like mongoose and forest butterflies and spiders visit our houses – that’s urban wildlife. You will see more of them in a forest and very less of them in an urban place, that’s urban wildlife. But how long does it take them to become entitled the urban wildlife? Long enough, I guess. Adaptation maybe slower than evolution, but it sure is slow. There are, I must say, some very commonly seen wild species around us that I have noticed – Oriental Magpie Robins, Tailor Birds and Sunbirds, and snakes – which have always been there. They are still considered the ‘urban wildlife’ species, although pretty common now a days.
The more you look for, the more you will see. This phenomenon is common for insects and spiders also, especially butterflies that lay eggs in our balcony and our gardens. I saw a Blue Mormon, a huge papilionid around my much cramped up town and that’s unusual. I saw three different species of spiders in my house for the first time, pretty unusual again. So next time you see any unusual sighting near your place, make a note of it, for perhaps, you may find new ‘urban wildlife’ specie nesting at your house!
Some sightings from my balcony that I consider common, yet not so common... 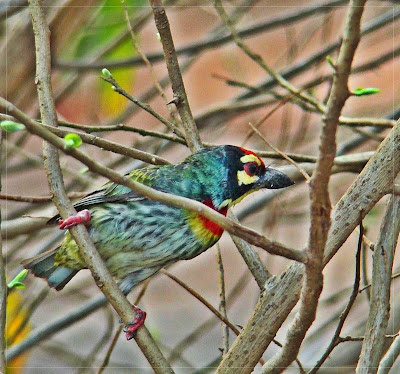 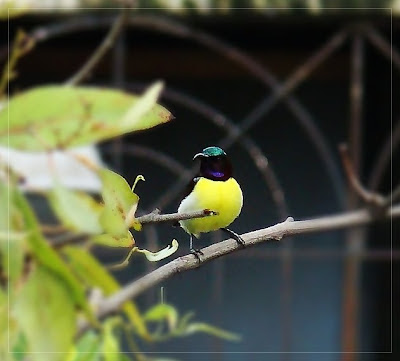 Purple rumped Sunbird - Common during monsoon, not seen during summers or winters. Pairing. 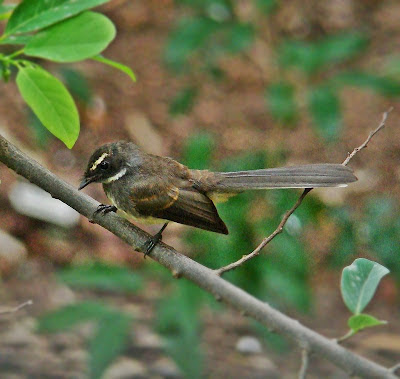 White-browed Fantail Flycatcher - common during pre-monsoon and monsoon, uncommon in winters, not seen during summers. Pairing. 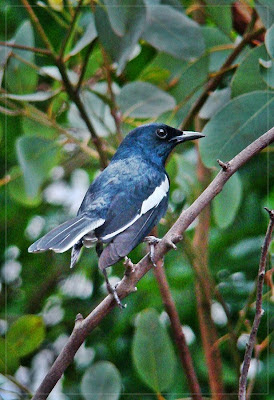 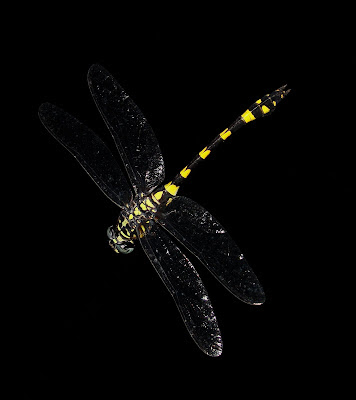 Common Clubtail, only two sightings.
Other than these, there has been a record of Indian Cobra, Rat Snake, Monitor Lizard (a stranded one that wandered into my society during 26/7), Barn Own, an Owlet, Tailor Bird pair - very common throughout although no photographic evidance :( )
Considering that I live pretty deep into the heart of the city, and with no immediate forests around my place - these sure make up the 'urban wildlife' of my society.
india urban wildlife aniruddha h d