Showing posts from April, 2019
Show all

The Cosmos in a Tree 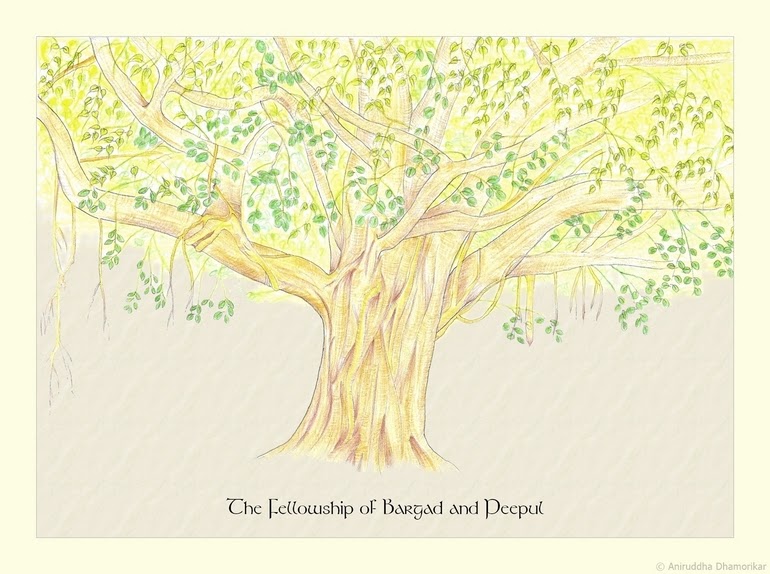 There is a cosmos in every tree, Galaxies blossoming in empty space, Worlds sprouting like leaves. A tree once told me: “ If your place is among the stars, boundless and free, By my roots and ‘neath my shade, I promise thee – In this age or the next –  Is where you will find peace .” The fellowship A conflicted love story of a little wasp is all it took. Of the countless spore-like seeds, one went down a bird’s crop, and came out the other end only to be adopted by a half-a-century-old Peepul tree. Two Bargad leaves sprang to life from one of the many crevices of the Peepul, which stands to the north of a busy police thana . To the west of this new companionship lies a large water tank with a small stone-temple built right under its shade. The land, owned by one malguzar , was primarily a forest slowly being turned to farmlands. After his demise, it would be named Kamta Mal – the village of Kamta Prasad the Malguzar, and a small hamlet where this tree and her companion live woul
Post a Comment
Read more
More posts