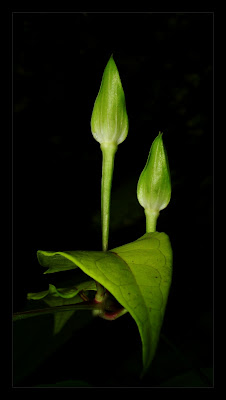 Yeoor Hills needs no introduction now. It is a Butterfly Haven, a Paradise. But that’s not it. It is a Haven for all that is beautiful (Read Previous Reports on Yeoor Hills). 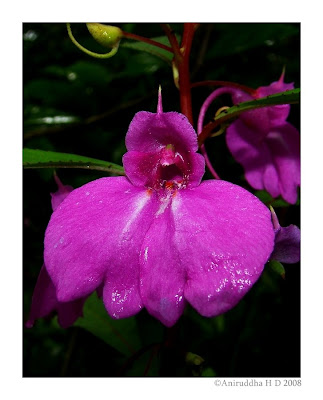 I went Yeoor again, and came back with sightings all together different! Every new day brings out the life in it. We were there for not more than two hours, but that was sufficient for what was captured through the lens.

Keeping it short, the sightings had been fairly constant with a few additions of a Tortoise Beetle (Hispinae), a Jewel Bug (Scutellegeridae), Preying Mantis (Mantodea) and a Granite Ghost (Anisoptera).

The flowers were in full bloom, and butterflies, bees and flies visited them often. 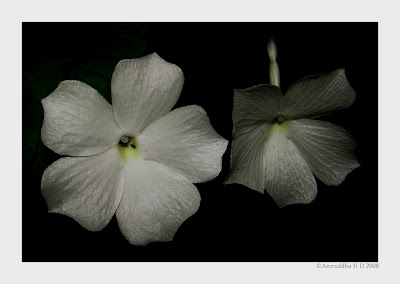 With nectar loving on the flowers, there were others of a notorious kind in search of us. The blood suckers. There were Horse Flies all around us. They are about the size of a Honey Bee, with a long sword-like proboscis – that’s the deadliest weapon – about twice their body length which is used to puncture the skin of the host and drink blood. Nasty Stuff! And there was another kind – the little blood suckers, but when in hundreds one can do nothing but go mad scratching at the bite site – the Mosquitoes.

The activity in the undergrowth was pretty interesting – the prey-predator conflicts were seen everywhere.
The butterflies seen were common, with an addition of an Angled Pierrot, Sunbeam, Blue Oak Leaf on the list. However, very few posed for photographs!
Butterflies, like all other invertebrates need sun's energy to charge themselves. They do this with the help of their highly evolved wings. The wings not only help in flight, but to regulate body heat also. In early rays of a morning, the butterflies often sit on leaf surfaces or the ground with open wings. Thats the best time to photograph those who dont usually pose with their wings open. However, proceeding a basking butterfly is critical. If a shadow falls o'er it, it will most probably fly away. 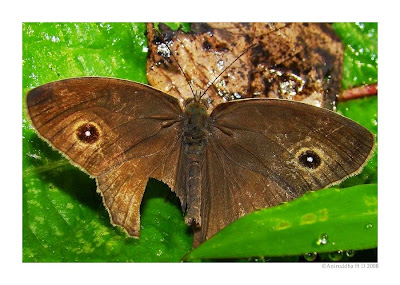 Once the butterfly is recharded - its body warmed enough for daily chores - they set off wandering - some rarely settle down - and this be the toughest time to capture them unless you are lucky to find one settled for a second. 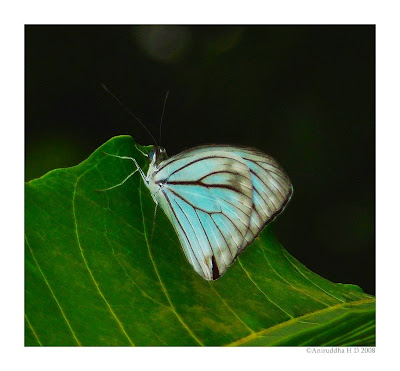 Common Wanderer, male
When it comes to Pansys - they're known to be the Sun loving Butterflies. So it's pretty uncommon to see the Pansys during monsoons, however there are Pansys that are seen through out the season. One of 'em is the Grey Pansy. A beautiful Pansy. 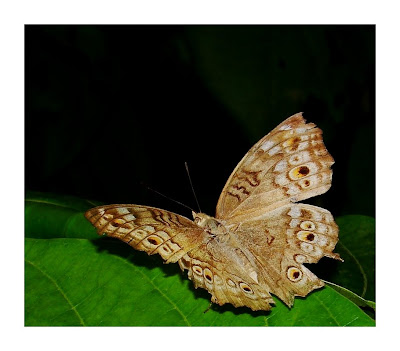 When it comes to the winged critters, the evolution of the wings would be the best to have ever happened. They were the first fliers to take over the sky. The earliest such fliers were gigantic dragonfly-like critters with two pairs of wings. Their today's descendents are none the less quite big. One of these I could photograph, the commonest of all - however I always wanted to capture it! The Granite Ghost. 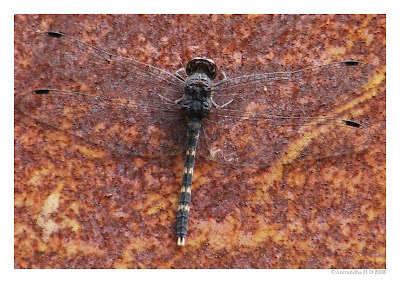 Granite Ghost
The insects spread wide and far and evolved into various forms unimaginable. One of these is the Scorpion Fly. The male of this Mecopteran has a Scorpion sting-like looking tail, hence the name. 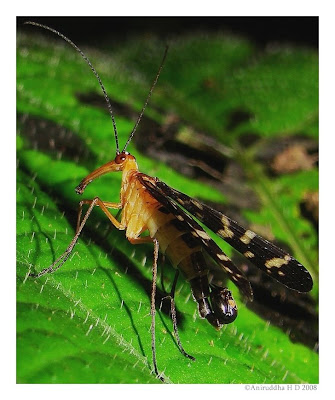 As these artropods evolved, so did their aerodynamic tactics, and that gave rise to the one pair winged critters. The best example would be the Dipterans. The second pair however did not vanish completely, and formed a Halterer that controls the motion of flight. 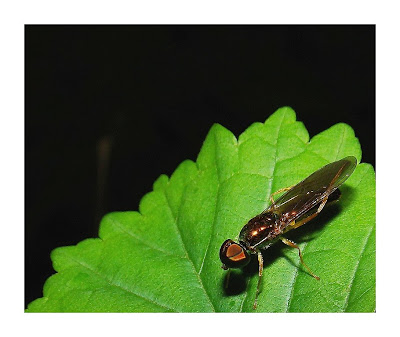 Another Dipteran, a Horse Fly, an ectoparasite feeding on blood of mammals is a typical example of extremity. This fly has adopted a method to insert it's needle sharp proboscis into the host's skin! However, these are not so lucky at times, and they often fall prey to the predators of the macro world, the Arachnids. 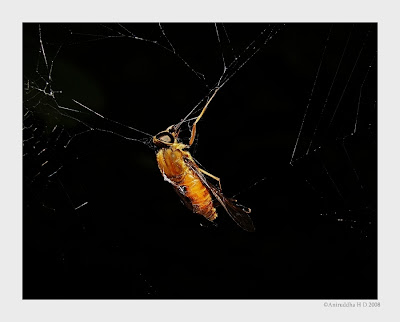 Other than these, some went a step further -with replacements, or rather forming Elytras - the hardened forewings of the Beetles. The most varied and wide spread family in the world. 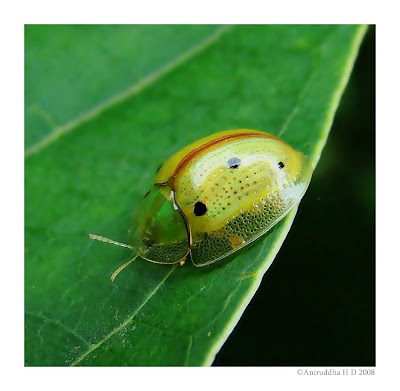 While most of 'em decided to be solitary, some came together and built up a great social colony. Not even a human colony can match that of theirs. One of such social group is that of Paper Wasps. These wasps, although not any stronger in number are aggressive. Their typical nest shows all the stages of developments, with the eggs always on the outer cells, larvae inside these, and the adults rest over these, often fluttering their wings to ventilate the cells. In the below pic, the eggs are also visible in the other cells. 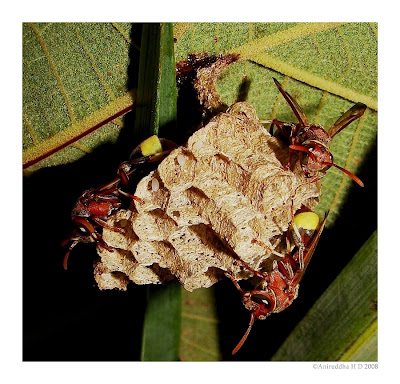 These colonial insects turned out to be great predators, strongest of all. But there lurked solitary predators too. With Arachnids on one side, the superb predators of the Insecta includes a Praying Mantis. This one was however a nymph but had a decent size. The adults grow very large and are predators with an attitude! The tigers of the macro world... 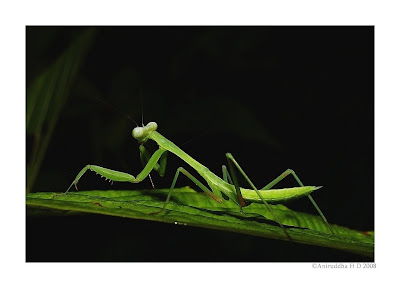 Now, to go on the other hand, that is to the Spider world of Arachnida, Araenae. We saw the ones that were omnipresent. One of these is again, a Lynx spider (Oxyopidae) but a different one than the one seen in the previous report. 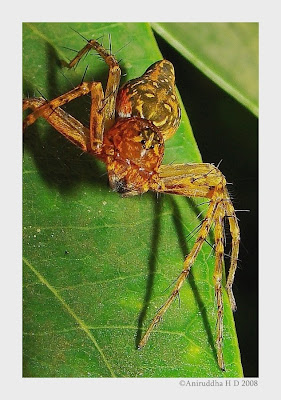 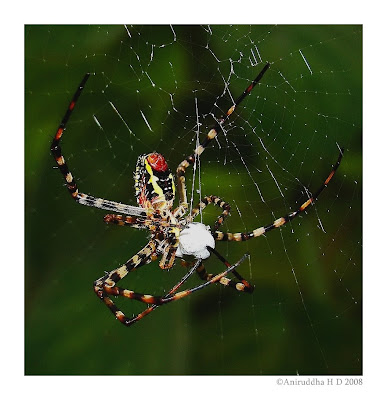 That was all I captured, and learnt about their ways and behaviour. 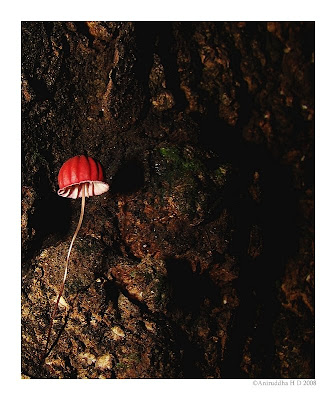