Showing posts from February, 2016
Show all

Civilizations of the Undergrowth 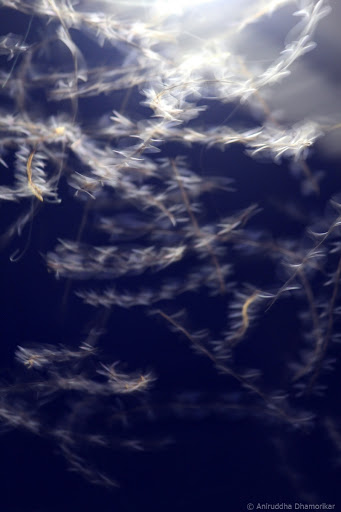 This article first appeared in Pench Stripes Magazine , February 2016. The late summer showers trigger a peculiar phenomenon in the forests of central India. The air is moist; the sky a riot of blues and oranges separated by dark wobbly clouds, and the ground is moistened after a long spell of dryness. This sudden change in the temperature, humidity, and the moisture in the ground has signalled a sudden rapid change in the undergrowth. Underneath the surface of the moisture-laden forests, a million animals await to form their own clouds. Vibrating and pulsating with fervid life, the winged termites, called alates, begin their nuptial flight, volleying into the sky as if on a mission. If you happen to be sitting in the veranda, you will witness an upheaval of countless wings silently rising upwards with the warm air that is expelled by the cooling land, gliding down to the lights on your porch, flying aimlessly in an infinite loop around an incandescent source of light. But the
4 comments
Read more
More posts